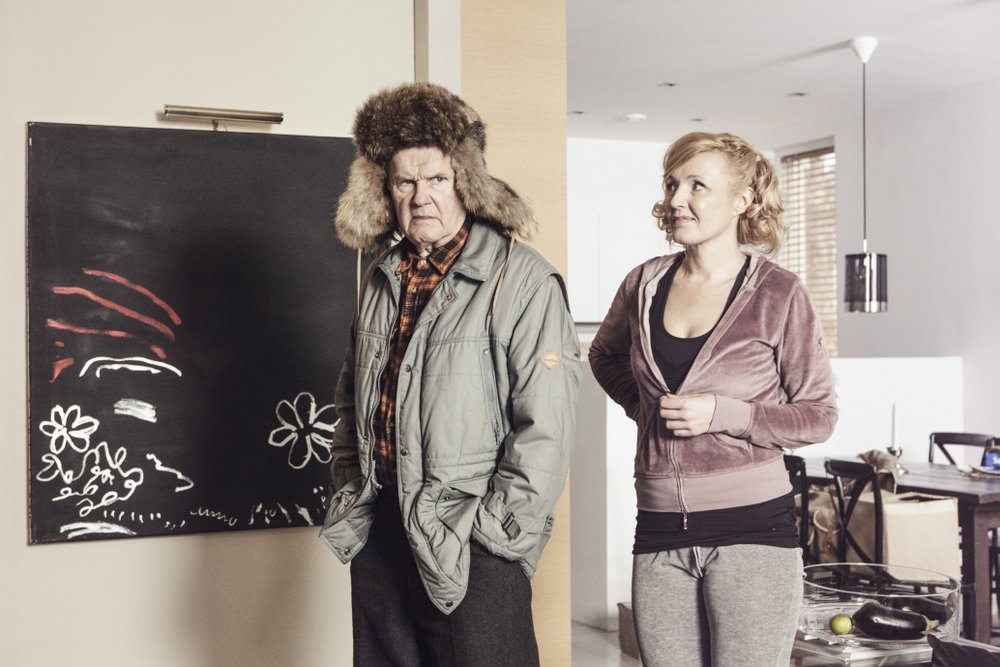 “An old geezer who certainly ruins your day.”

A comedy about a grumpy old man who sets out to a town to provoke a little personal hell in his son´s family. An old grumpy is a man from the past. He knows the old good times are already gone. He doesn’t accept anything modern because his world ended before 1953. He comes out of his shell after a painful injury. The necessity to visit physiotherapy in Helsinki means loads of unpleasant situations for an old man – such as a journey by car driven by a woman or an encounter with his son who has not been really close to. To sum it up, the old geezer has an annoying weekend ahead and he will make sure to make it annoying for everybody else.