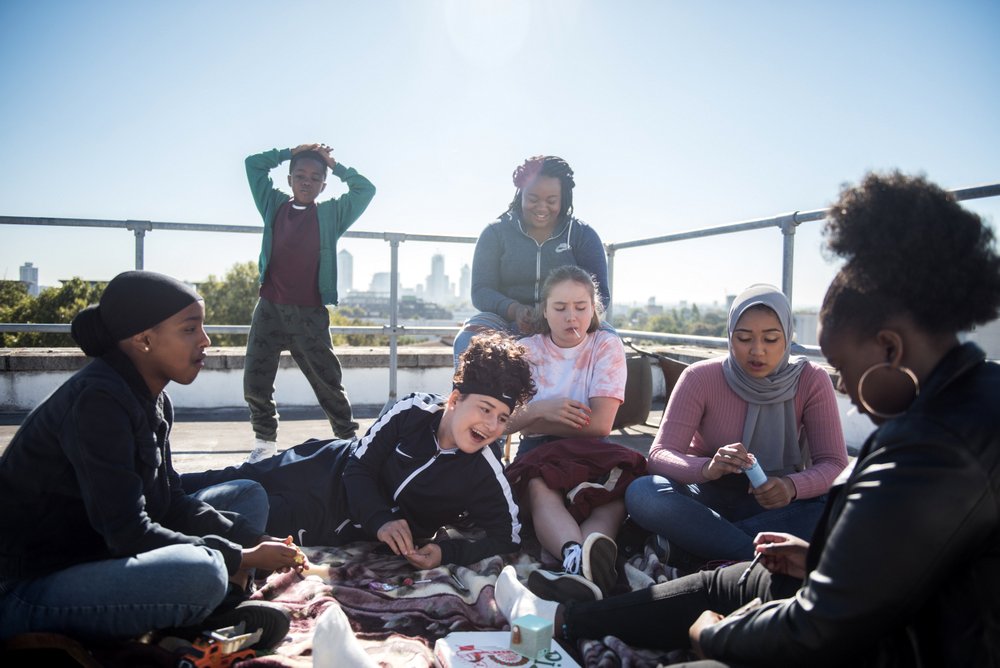 A teenage drama from wild London!

Shola, nicknamed Rocks, lives with her mom and younger brother in a flat in London. Their single mom has to do her best to earn their living, so Rocks spends all her time with her schoolmates. One day when she comes back from school she realizes her life has changed dramatically: she has to take care not only of herself but also of her younger sibling.